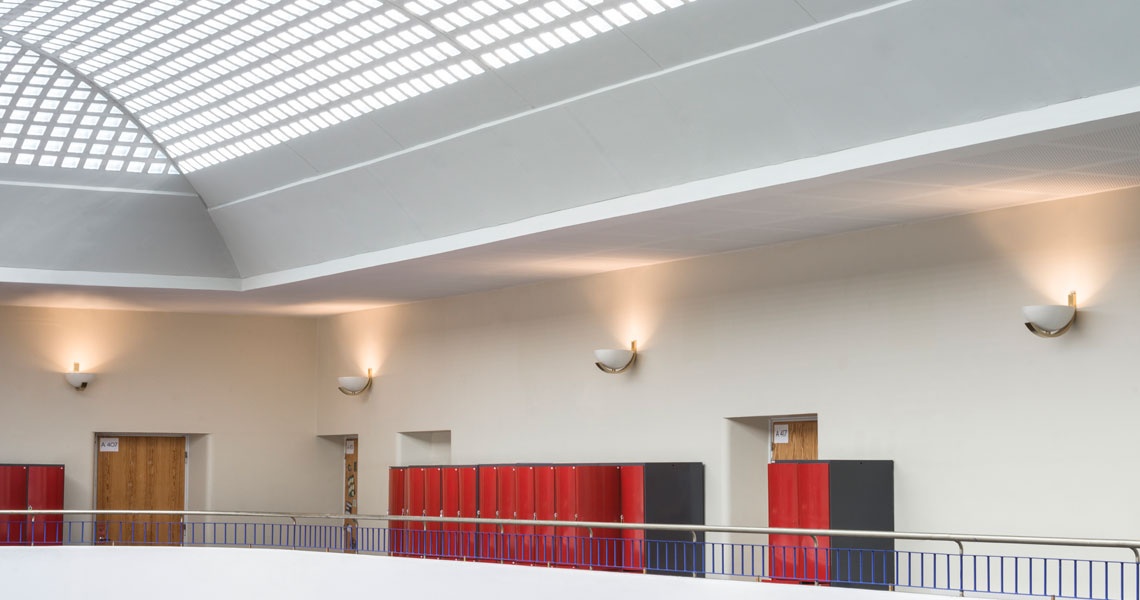 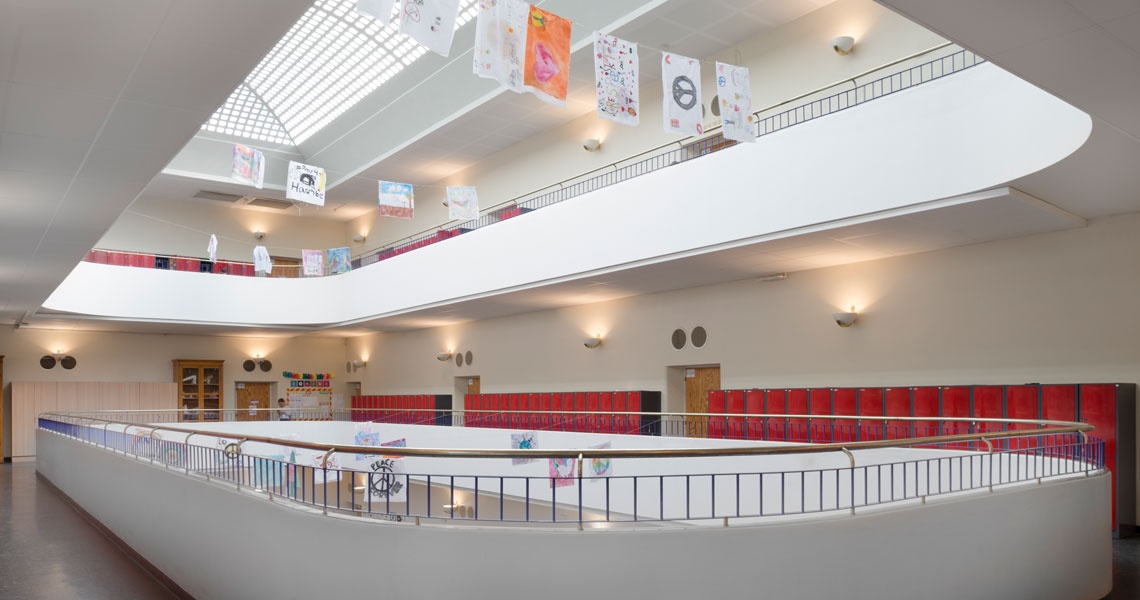 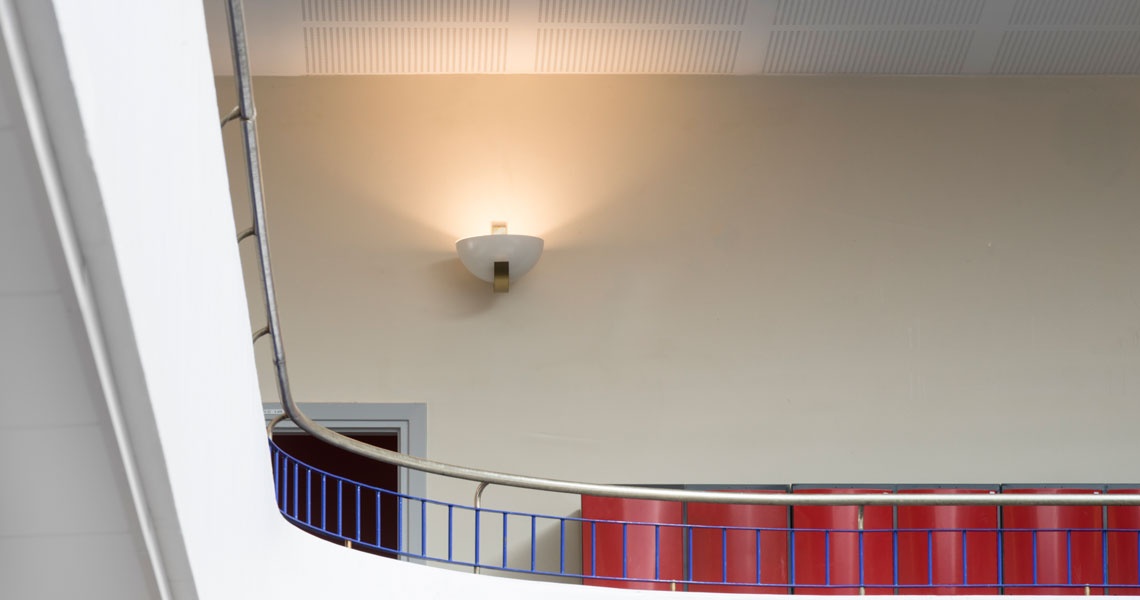 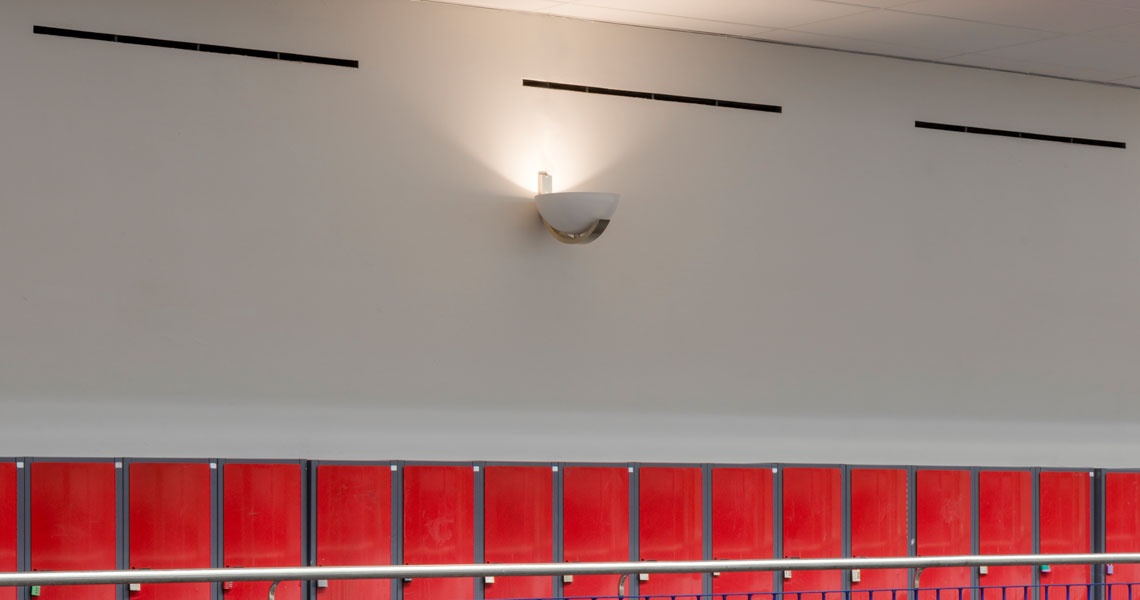 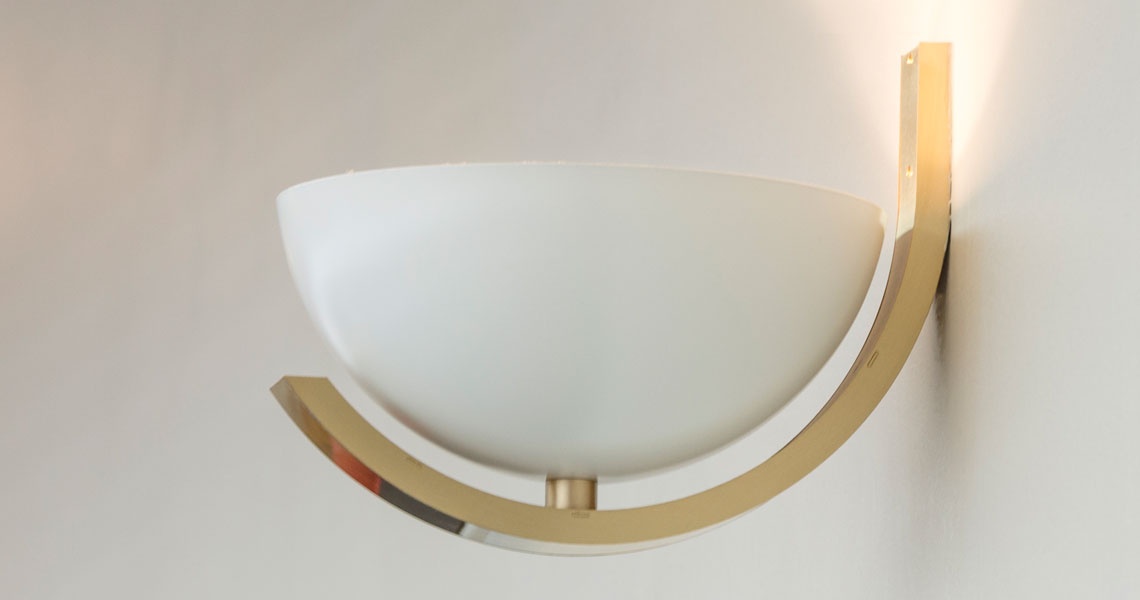 The school was founded in 1881, but the current building was built between 1935-1936, according to David Dahl’s drawings. The school has been gradually renovated while trying to preserve the original environment, and adapting it to modern society. Since the corridors around the atrium turned out to be very dark, some work was required on the lighting requirements. As a step towards maintaining the original environment, they found the inspiration for the new light in the original lighting, a wall-mounted luminaire with upward lighting. Today, the specially designed luminaire adorns the walls beautifully, with its modern lighting technology.