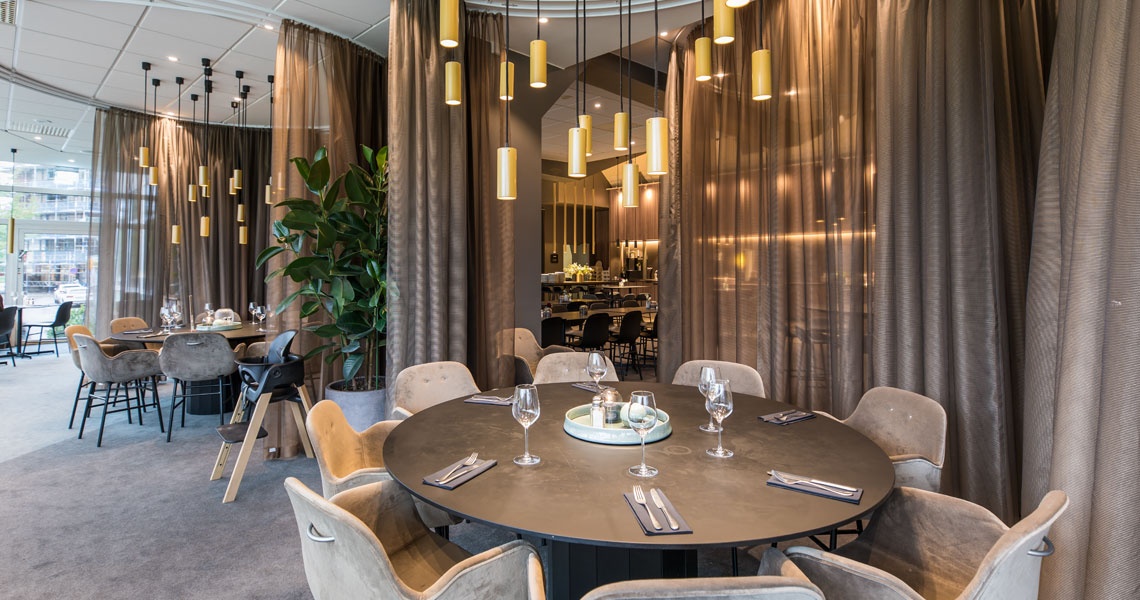 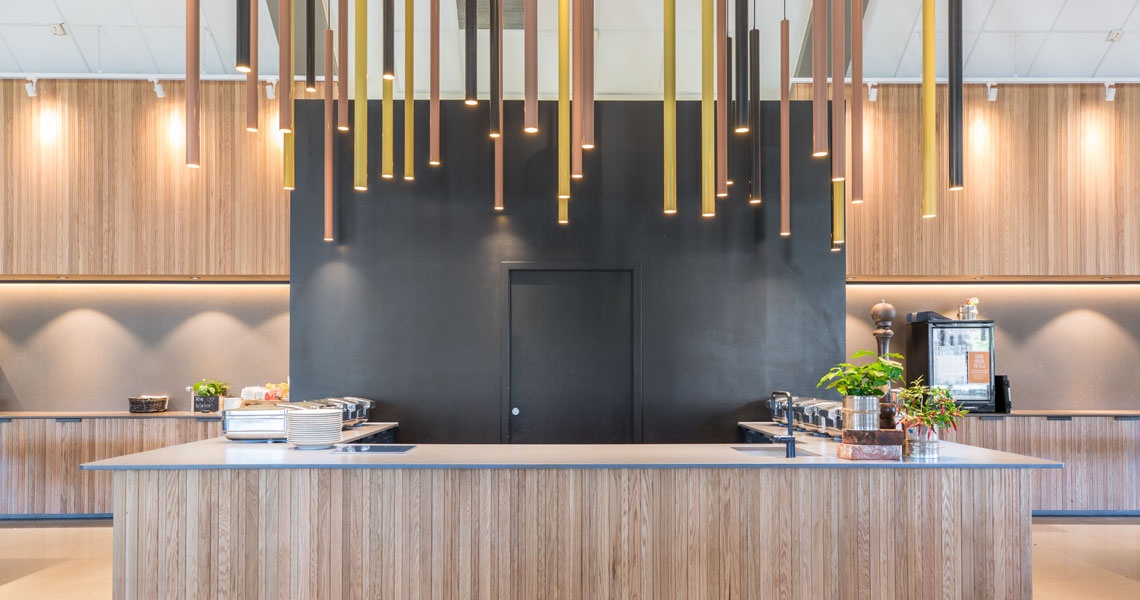 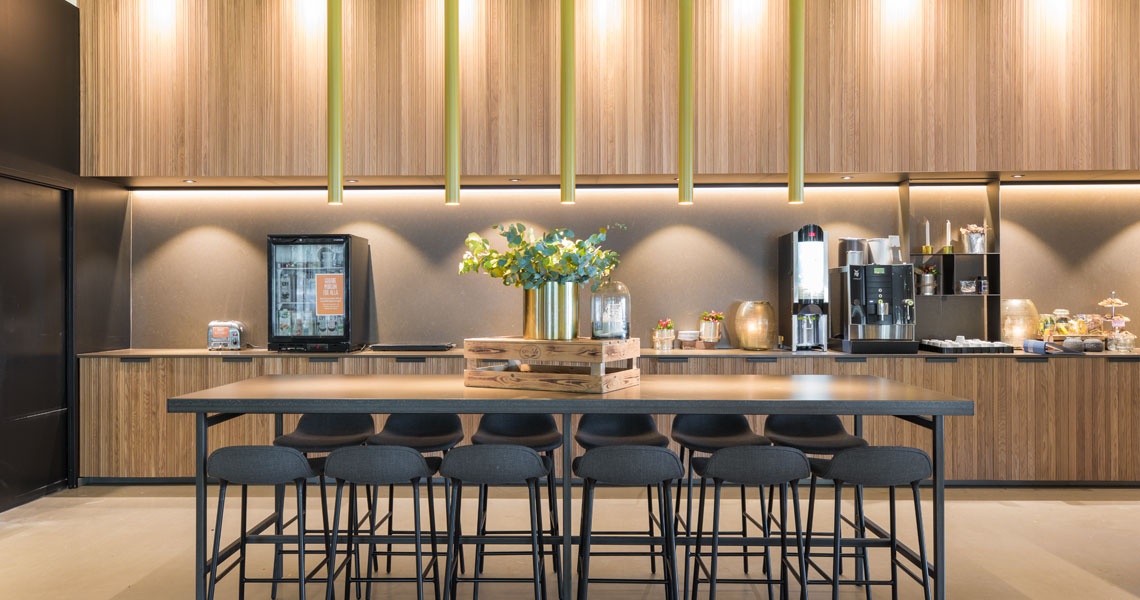 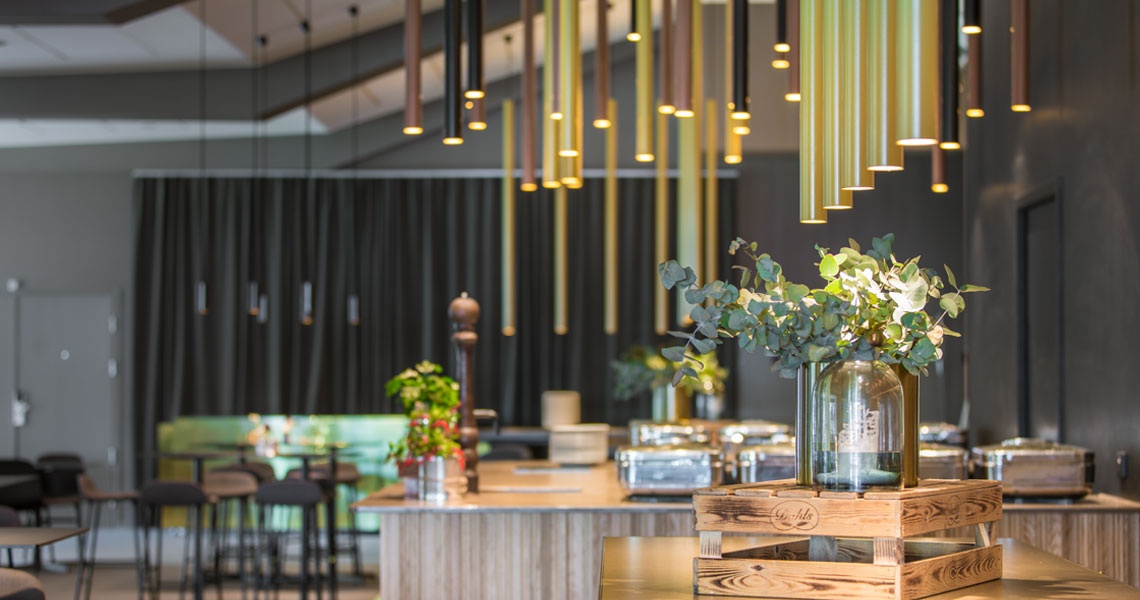 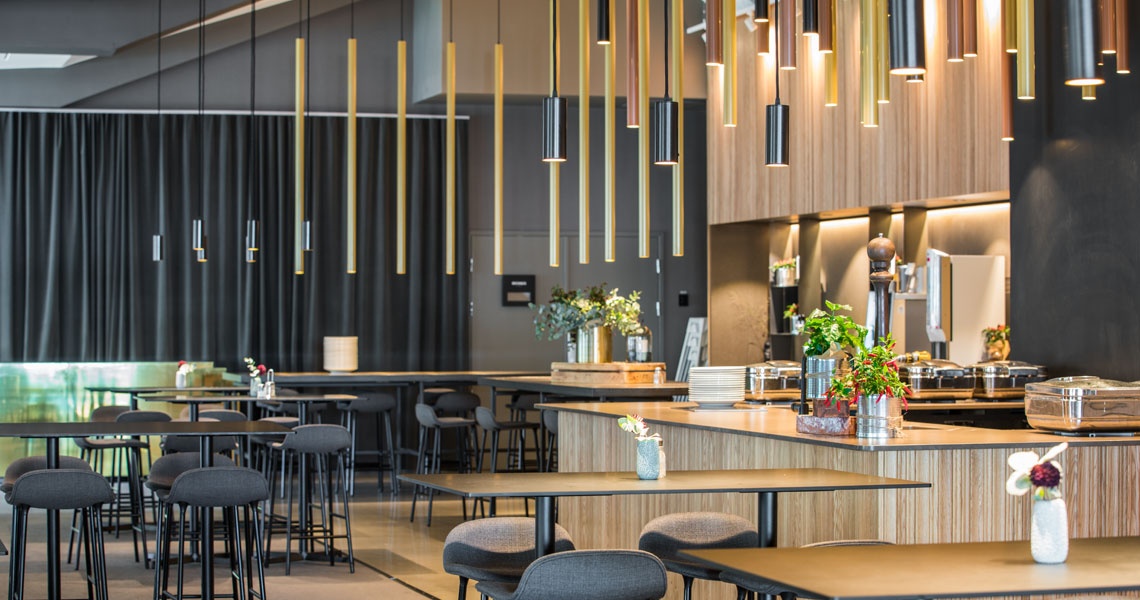 Scandic Opalen first opened in 1964 and has been a well-known architectonic landmark in Gothenburg right from the outset. Now the hotel has undergone major renovation. The new decor flirts with the hotel's origins, offering a trip back to its first glory days – when Jimi Hendrix smashed up room 625.
The result is a contemporary interpretation of Opalen's history, with characteristic 1960s forms.

ateljé Lyktan was contacted by ABAKO Arkitektkontor in Gothenburg, the architects behind Scandic Opalen's new concept for public spaces.
The restaurant would have its own specially designed Opalen luminaire, which reflects the interior architecture of the 1960s, and the Studio helped create a pared-down but striking luminaire in aluminium, lacquered with brass, bronze and black.

"We worked closely with the client to really find the hotel's soul", says AnneMerete Sørensen, interior designer at ABAKO. "The difficulty isn't adding to the design, but stripping it down to the essentials. We chose to do this, because we felt it was a chance to give the hotel back its soul and its pride".