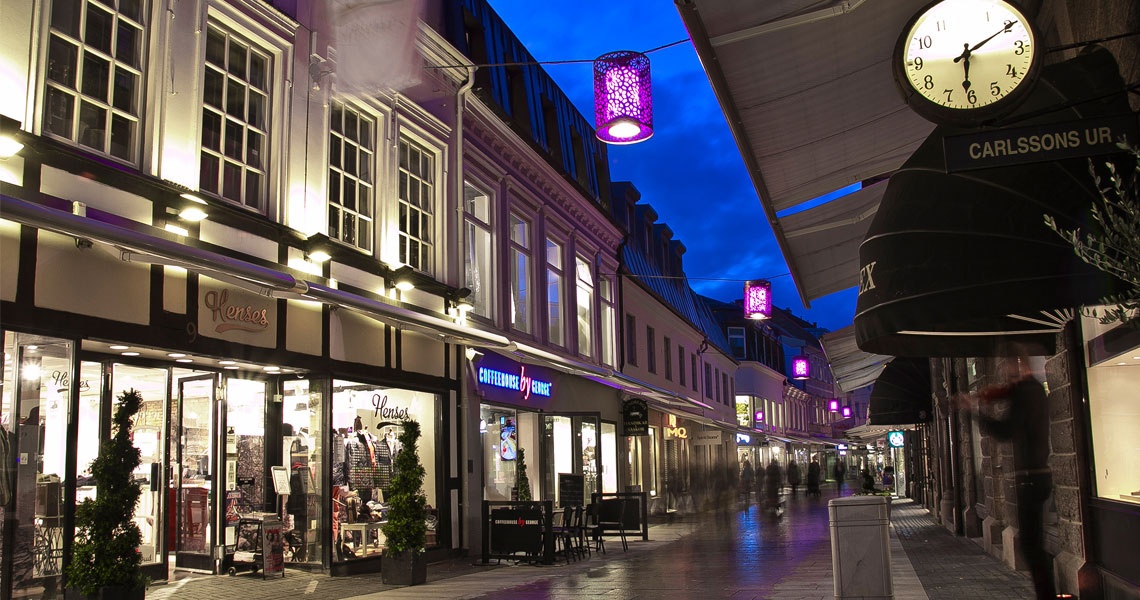 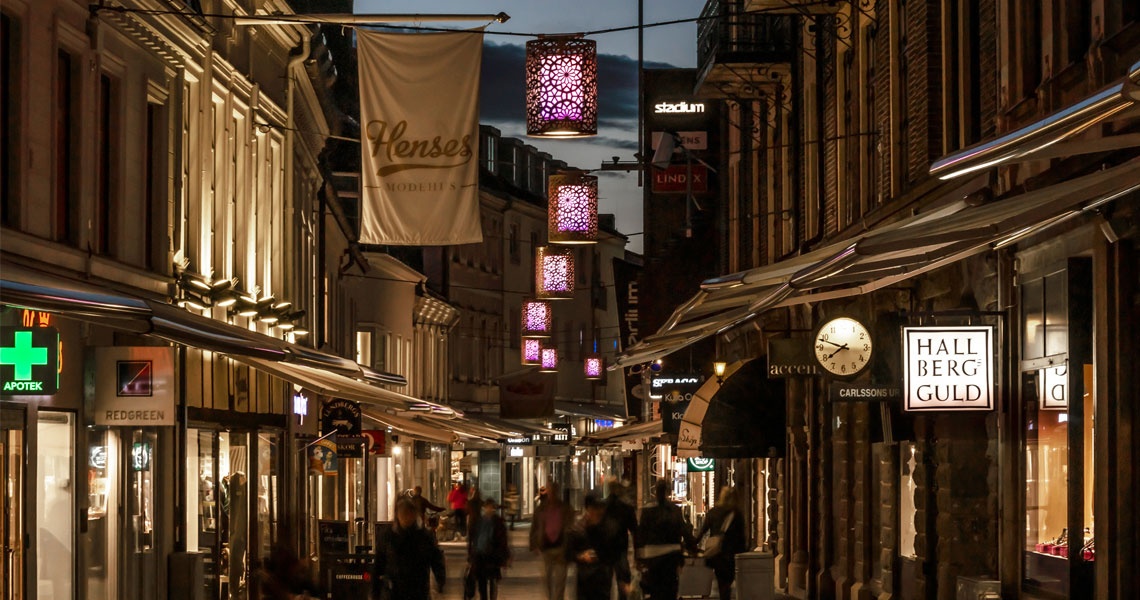 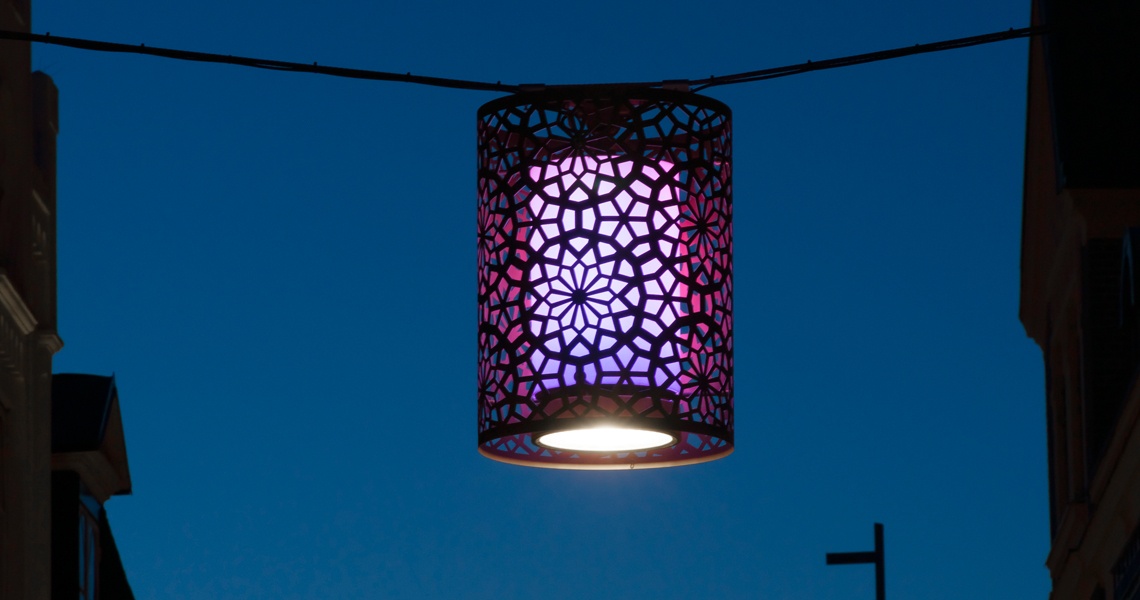 A unique street lighting has been designed to the city of Helsingborg and the city´s main pedestrian street, Kullagatan. The result was a suspended pendant luminaire (Ø600 mm), lacquered in gold, whose patterns mimic the soil surface.

Between the inner and outer part of the luminaire figures an interaction and colour changes which also can be colour adapted to the seasons and special events in the city. The luminaire comprises a shade that serves as a housing and a bearing frame.
Equipped with LED modules and RGB strips.