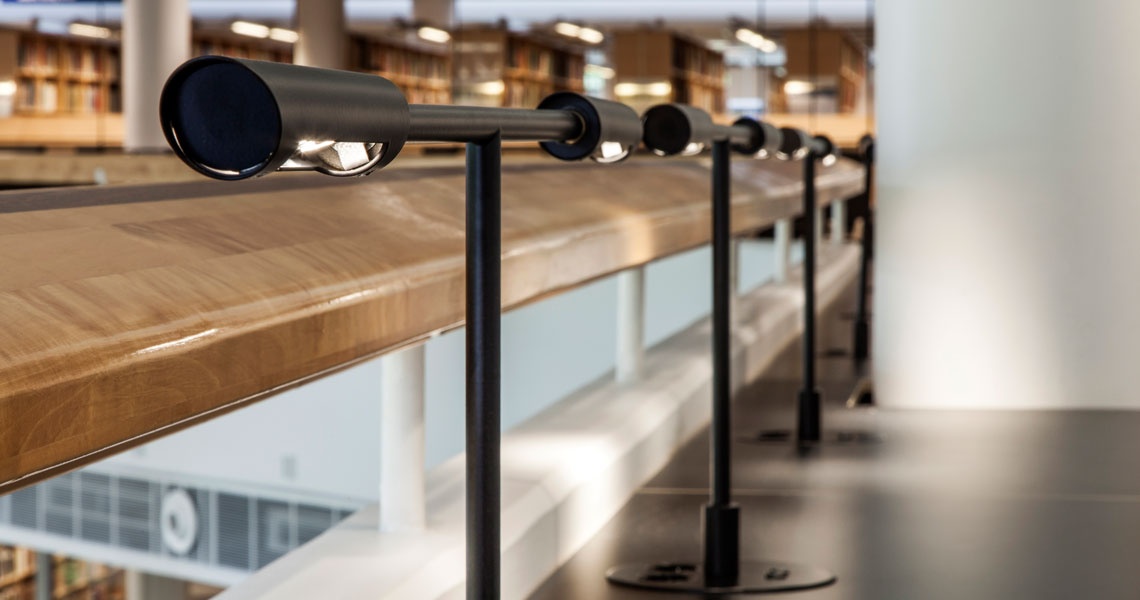 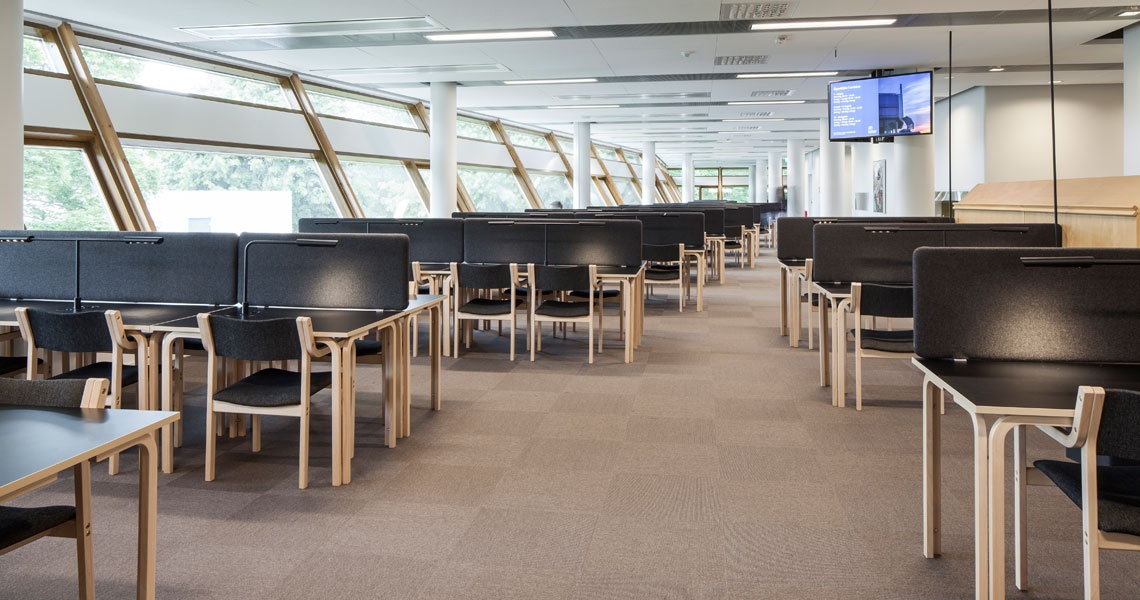 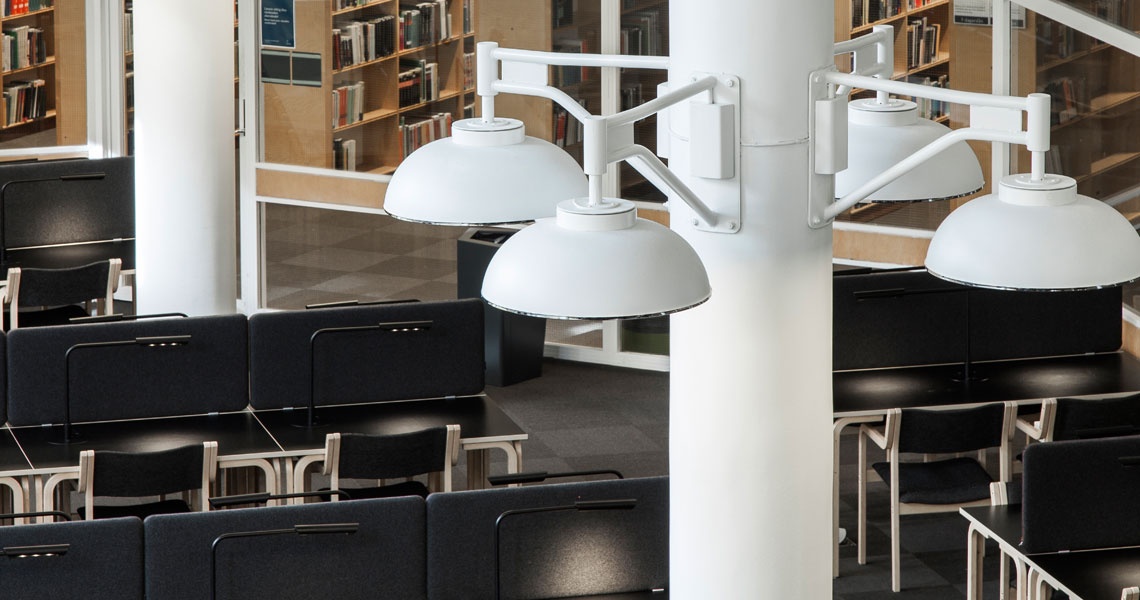 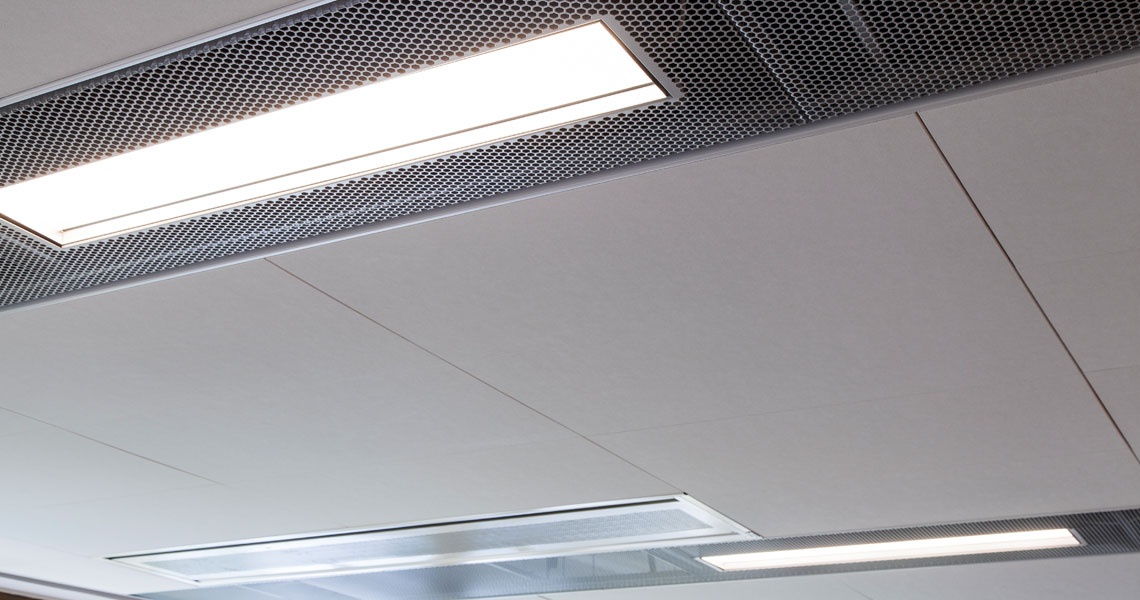 Table luminaires
The University of Stockholm had specific requirements regarding the performance of the luminaires at their reading stations, and since there was no luminaire on the market that matched their needs, the assignment was given to Ateljén. The luminaire Lida is mounted and recessed in the table, with an adjustable head that allows the light to be directed where needed. Each luminaire is equipped with two 230 V connectors, allowing for instance, the charging of computers and mobile phones. The luminaire is available as a single or double light.

The wall-/Megalo luminaires
The participants of the project wanted the lighting to be integral to the fundamental concept of the building, so that it would appear that the lights were somehow connected to the columns in the building. The new light was designed with new technology, while its original shape, the placement of the luminaires and the column attachments remained the same. The result was Megalo: a downlight with a custom-made attachment at the top, which is fixed on to the existing column attachment.

General lighting
Architect and lighting designers wanted the luminaires for general lighting to be integrated in the ceiling, with the relevant technical requirements regarding lux and glare-free lighting. The LED module lies on top of the perforated part of the ceiling with an opening for the light. The luminaire has an anti-glare ring and the technology is based high up in the luminaire, producing a pleasant and even light in the room.