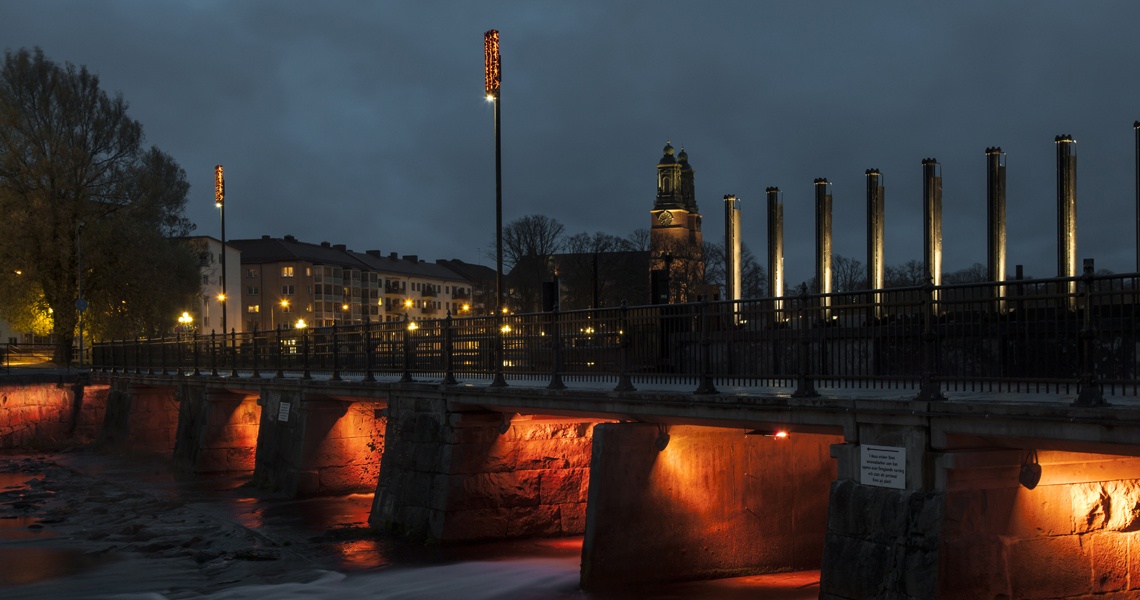 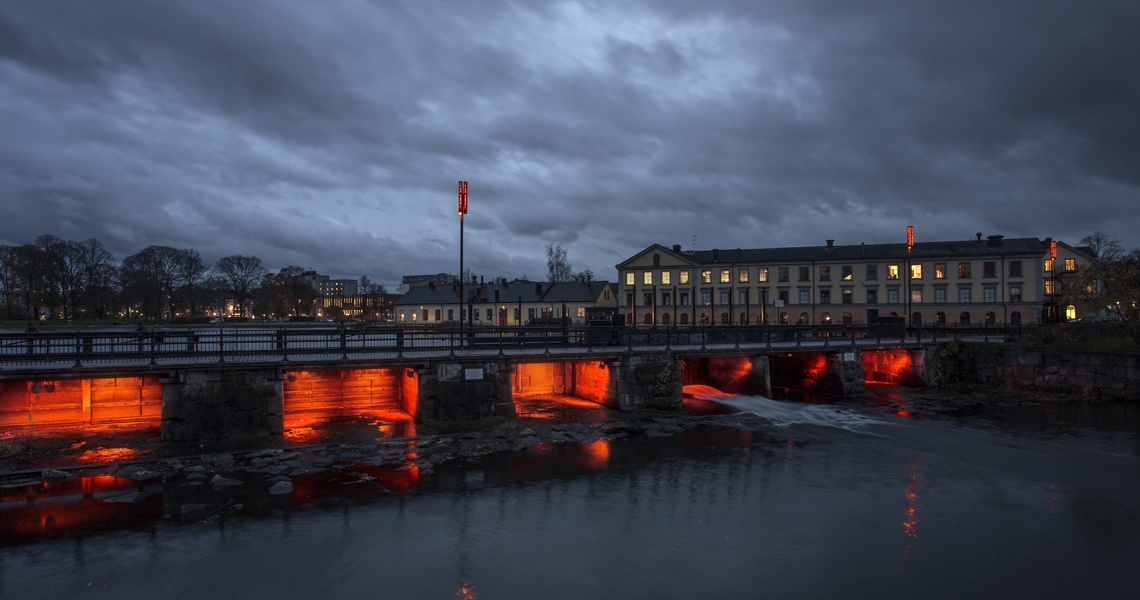 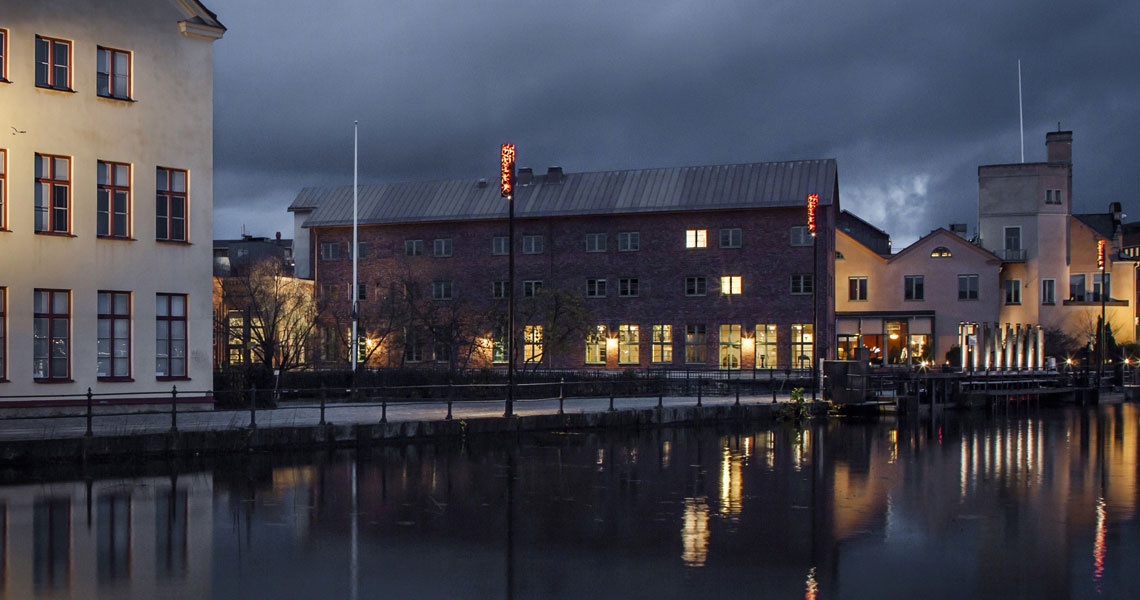 When Faktoribron in Eskilstuna was to be fitted out with new lighting, the local council wanted to raise the historical profile of the bridge. Since Eskilstuna became an industrial town in the 1600s, there have been arms manufacturers and blacksmiths working with metal and forging iron at the foot of the bridge. The lighting design illustrates the ironwork and the specially designed light fixture on the bridge illuminates the glowing crackled iron. In the body of the luminaire, there are three linear 1200 mm RGB LED strips that glow against a soft satin disc inside the crackled metal casing. Functional lighting built into the bridge is directed towards its foot and cycle paths. The design of the luminaire is inspired by the spillway rollers that extend upwards on the outside of the railings in the middle of the bridge, and the arm of the luminaire is designed to resemble a blacksmith’s anvil.