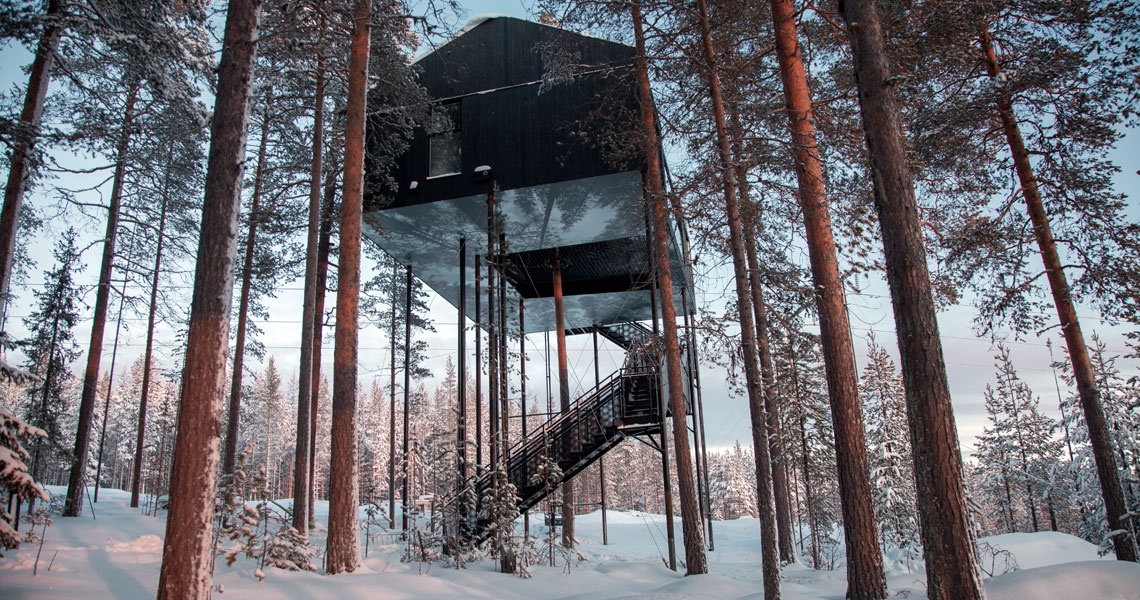 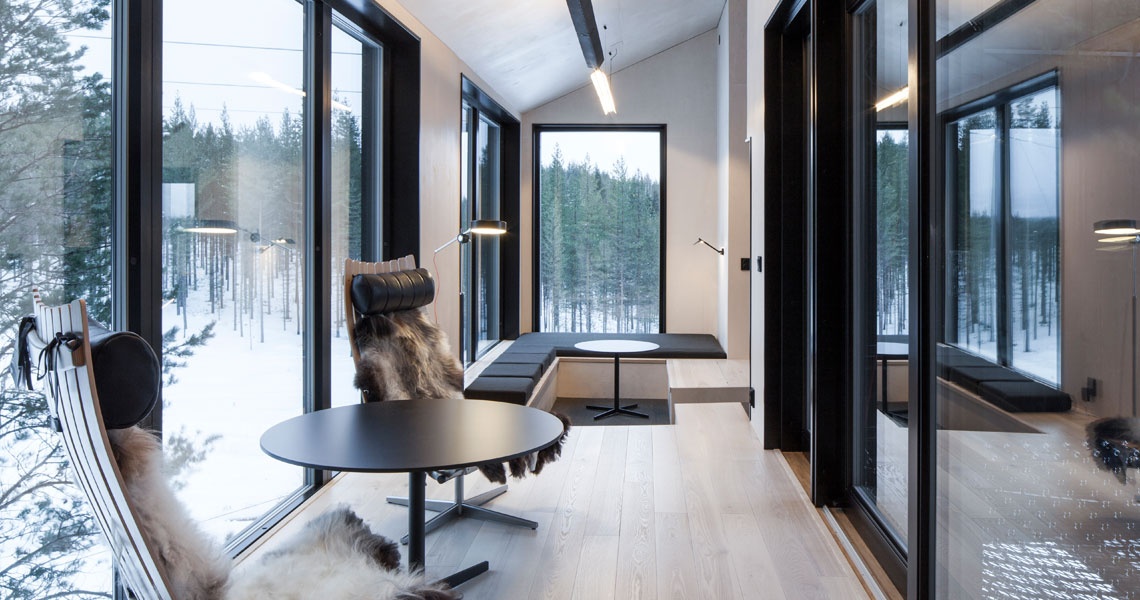 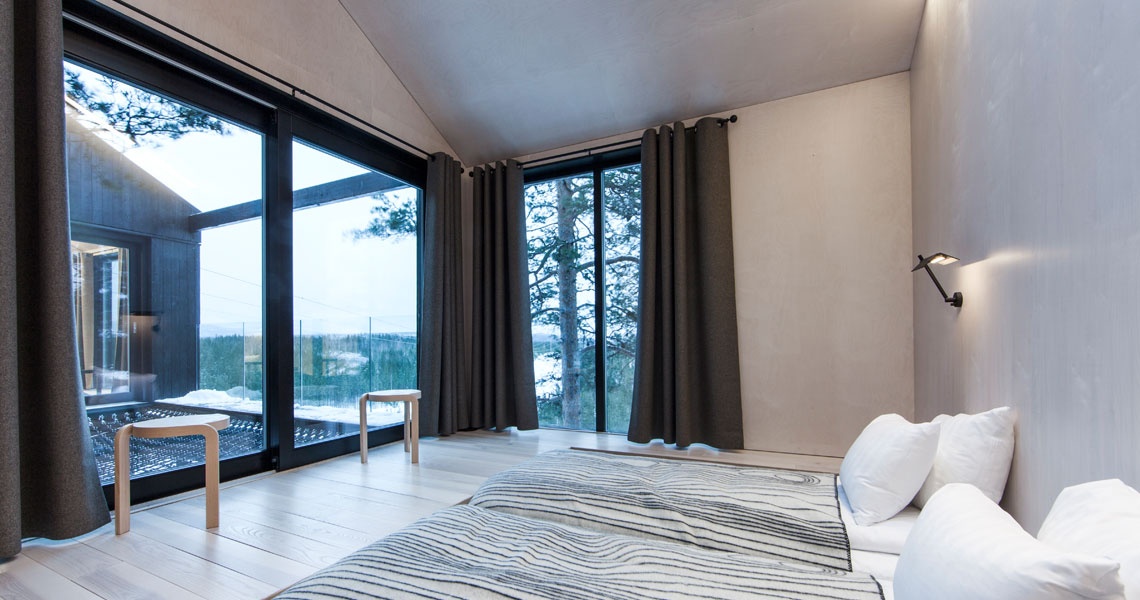 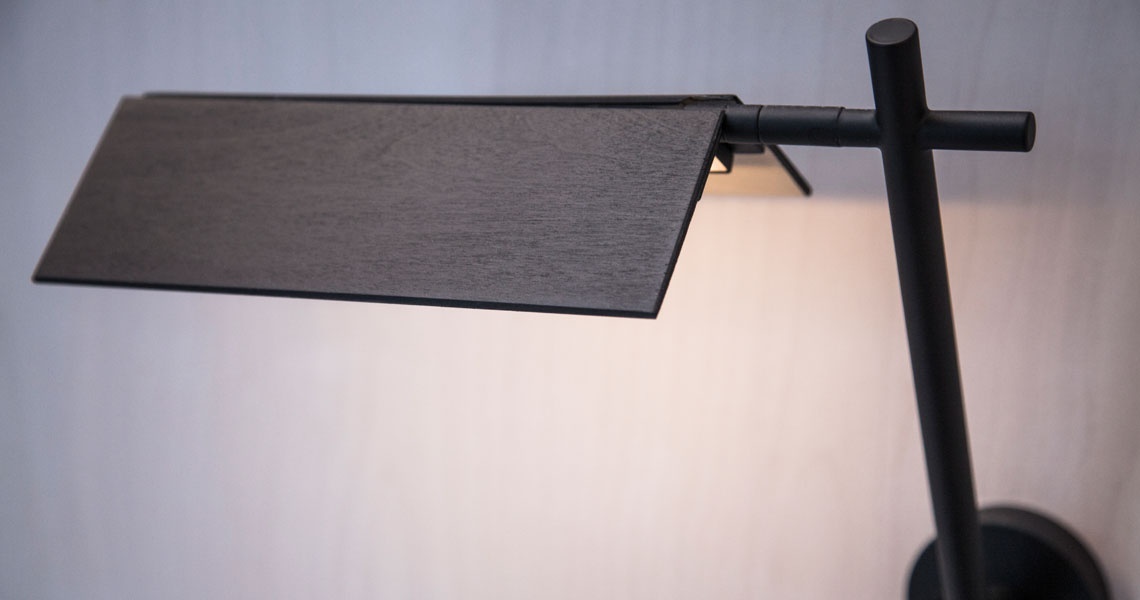 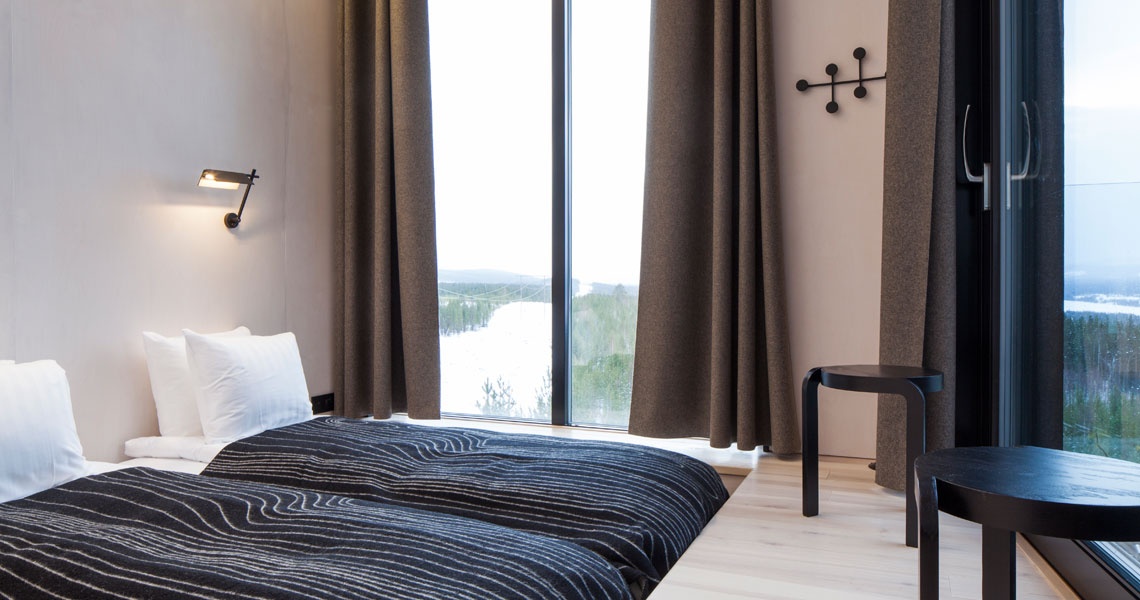 ateljé Lyktans department for customised luminaires has produced and developed several luminaires in cooperation with some of Scandinavia’s leading architects for Treehotel, in the village of Harads, close to the polar circle in Norrbotten. The most recent tree room, “The 7th room”, was designed by the Norwegian architectural firm Snøhetta.

The 7th room has different experience levels. The outdoor area consists of a double safety net that is stretched across the buildings ten metres above ground. Here, the guests can lie down and listen to the sounds of the forest, observe the night sky or sleep under the stars. In contrast to the dark exterior, the interior is furnished in light wood with an ash wood floor, while the walls and ceiling are made of birch plywood. The natural light is the biggest source of light throughout the tree room. Large panorama windows also facing northwards, where the northern lights can be seen on clear days. Starry skies can be viewed comfortably through the large ceiling windows in the bedroom.

The customised luminaries are dressed in black and white birch veneer, and the uplight and downlight can be changed as desired or according to the season. The wall-mounted luminaries have a flexible arm and a piano hinge along the side of the shade, which lets you freely control the amount of light and its direction. The pendant lamp’s uplight and downlight can be adjusted separately.