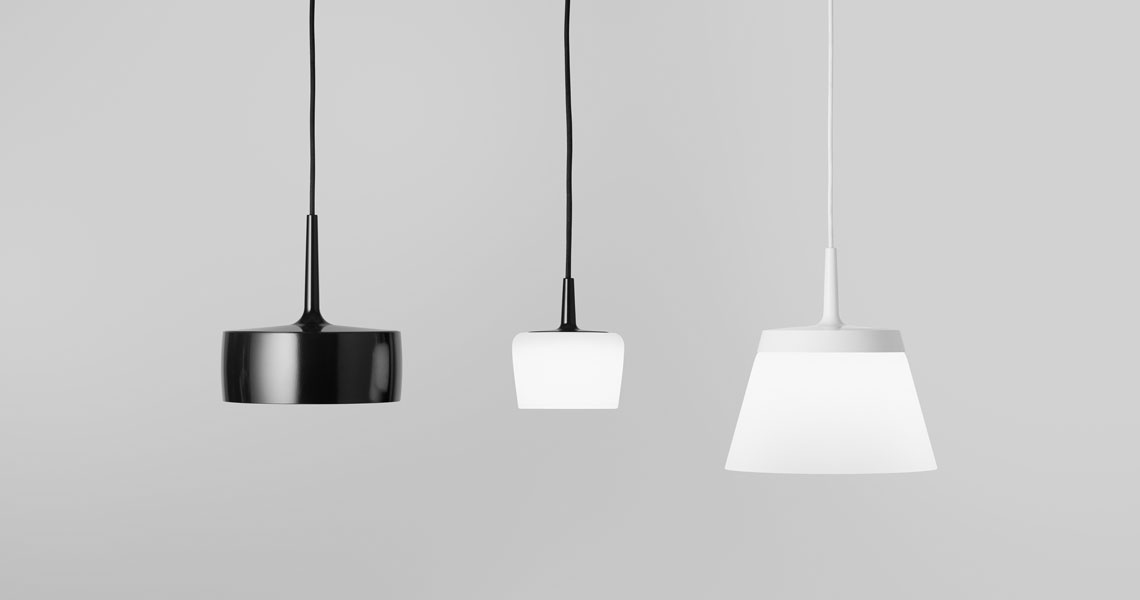 When Olle Lundberg designed the pendant luminaire Riff, he wanted to create a flexible and versatile luminaire, which could easily be adapted to different environments. He thought about how a car is built, where the bottom plate is the common component of various car models, and what differs them is the expression of design.

The common component of Riff is the so-called light engine, made of die cast zinc for good thermal management, and with a LED module and LED protector included, reflecting high quality material in meticulate detail. Diffusers are also included for an even spread of light. To complete the luminaire, one of three accessories are added ¬– two are in glass and another consists of a decorative mould with an extra diffusing plate. The attachment of the light engine and the accessory is an important part of the production, and is designed so that other kinds of accessories in different materials can be added if needed or if the design requires it. Riff comes in three different sizes and the light engine is painted in black or white.