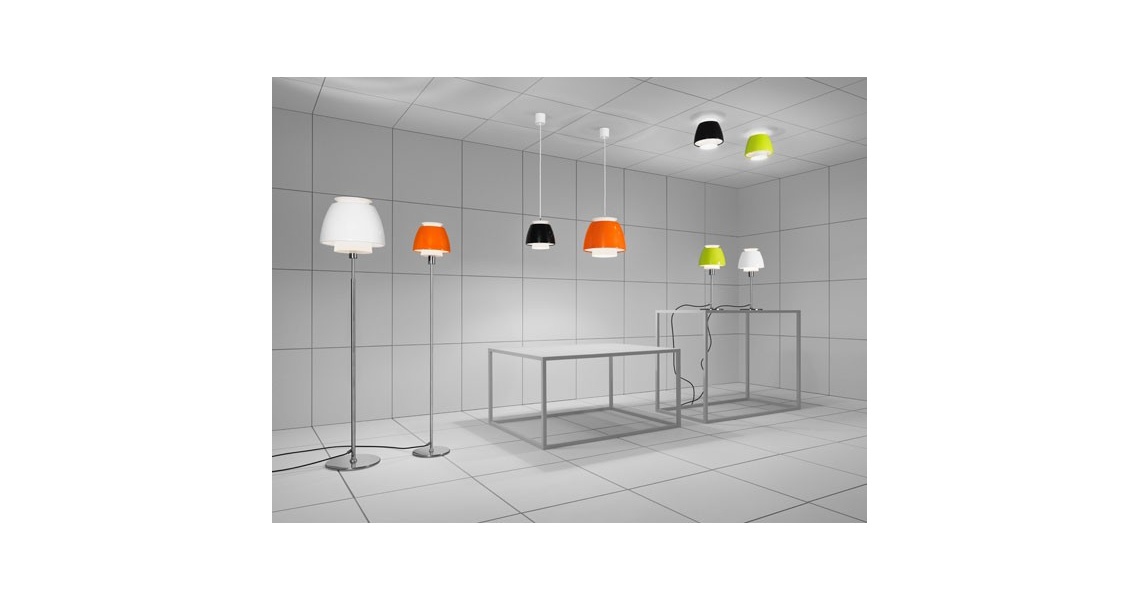 By the 1960s, the development of luminaire series had become an important cornerstone for ateljé Lyktan in the launch of new products. Now, Olle Anderson has created a new lighting series for corporate environments, the assignment for which was to develop a series of luminaires with good lighting, with designs that allow flexibility of use. Allow us to present Buzz – a luminaire series in four variations. Buzz is available in ceiling, pendant, table and floor models and comes in four different colours. All luminaires in the series are equipped with an E27 screw-base socket, for which a LED bulb is recommended.